Son of a hotdog vendor who became mayor, Sharif is guided by his experiences growing up in North Philly.

Son of a hotdog vendor who became mayor, Sharif is guided by his experiences growing up in North Philly.

Sharif is the son of John Street, a hotdog vendor who became Mayor of Philadelphia, and Helen Street-Mosee, a retired school teacher. They raised him and his 3 siblings in North Philadelphia — the same community he now represents — where he now lives with his wife, April.

Growing up in North Philly wasn’t easy for Sharif. He was only twelve years old when he first saw somebody get shot, at a festival in a park. He witnessed family and friends lose their home, forced to choose between food, medicine, or their rent. As a young lawyer, he witnessed first-hand the cruelty of the criminal justice system, where people convicted of no crime watched their world collapse around them — losing their job, their children, and their sanity — because they couldn’t post bail.

Growing up in the hood provided Sharif with perspective, an experience he used to develop a platform of policies that are personal to him. But, the sad reality is that people are struggling with the same problems all across Pennsylvania. 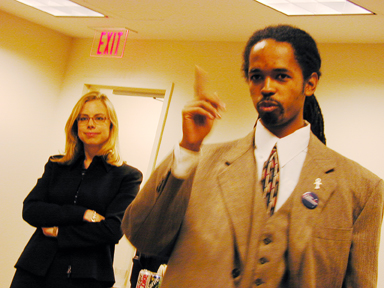 Commitment to his community — and communities just like his — inspired deep involvement in local organizations. Sharif co-founded and served on the Board of Directors of Urban Solution, a non-profit corporation created to address the health needs of traditionally under-served communities. He has also developed an expertise in issues related to affordable housing, serving as a Board Member for the North Central Philadelphia Empowerment Zone’s Housing Trust Fund, managing director of the Housing Association of Delaware Valley, and a member of the North-Central Empowerment Zone’s Community Advisory Committees for Housing, Crime and Public Safety, and Economic Development.

Before being elected Senator, Sharif worked as a staffer for the Pennsylvania Senate, serving as the Chief Legislative Advisor to the Democratic Chair of the Housing and Urban Development Committee with the primary responsibility of overseeing legislative, housing, environmental and economic development initiatives. During that time, he facilitated the creation of Philadelphia Green Communities, the first environmental educational program of its kind implemented in a major U.S. city.

Sharif campaigned on a vision for all Pennsylvanians — everybody deserves equal rights and equal opportunities, no matter the color of your skin, religion you do or don’t have faith in, or zip code you live in.

Sharif was elected Senator for the 3rd Senatorial District on November 8, 2016 and made history: the first Muslim elected to the Pennsylvania Senate. In January 2017, he was sworn in and immediately got to work. 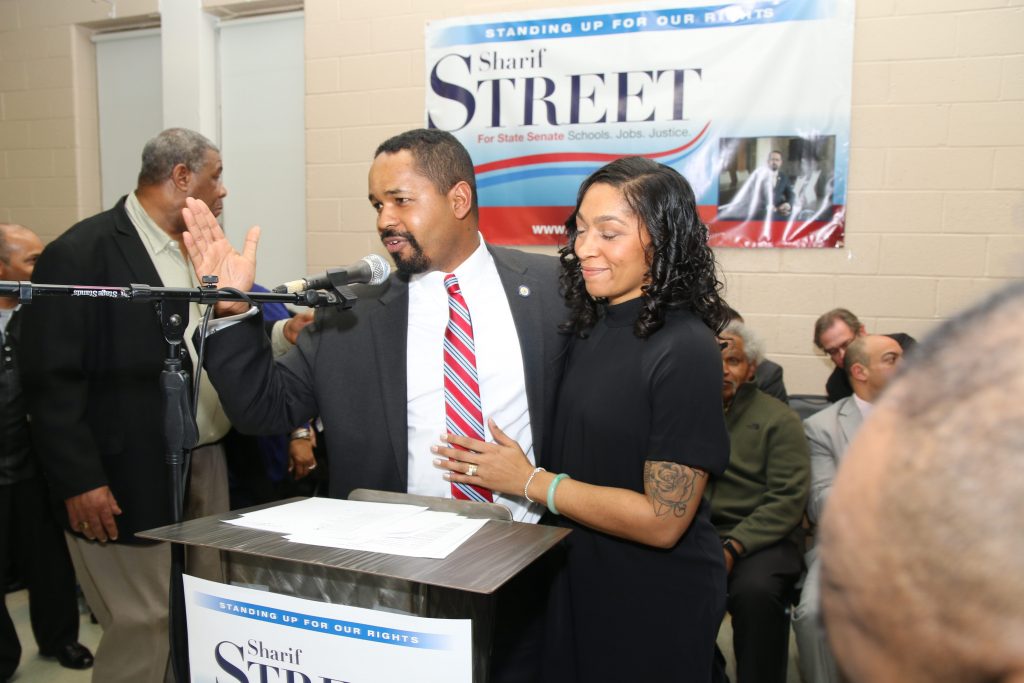 As Senator, Sharif was appointed Chair of the Banking & Insurance Committee and a member of the Appropriations Committee, Agriculture & Rural Affairs Committee, Health & Human Services Committee, and Urban Affairs & Housing Committee. He also serves as a member of the Pennsylvania Commission on Sentencing. In the Senate, Sharif has become a respected leader on issues related to criminal justice reform, access to healthcare, education and the environment.